Dogecoin falls beneath an area of support, is it the right time to short? Disclaimer: The information presented does not constitute financial, investment, trading, or other types of advice and is solely the writer’s opinion.

Bitcoin has been stationary on the price charts in recent weeks. 4 January saw some bullish impetus across the altcoin market. Many assets in the crypto sphere have posted gains in recent days after trending downward in December.

Are your holdings in profit? Check the DOGE Profit Calculator

Dogecoin was one of these coins. However, the meme coin retained its higher timeframe bearish bias. Trading volume has also been in steady decline since mid-December. Unless DOGE can reclaim $0.078 as support, it remained likely that it would see another move southward in the next week or two.

The bullish order block has been breached, here is what can follow 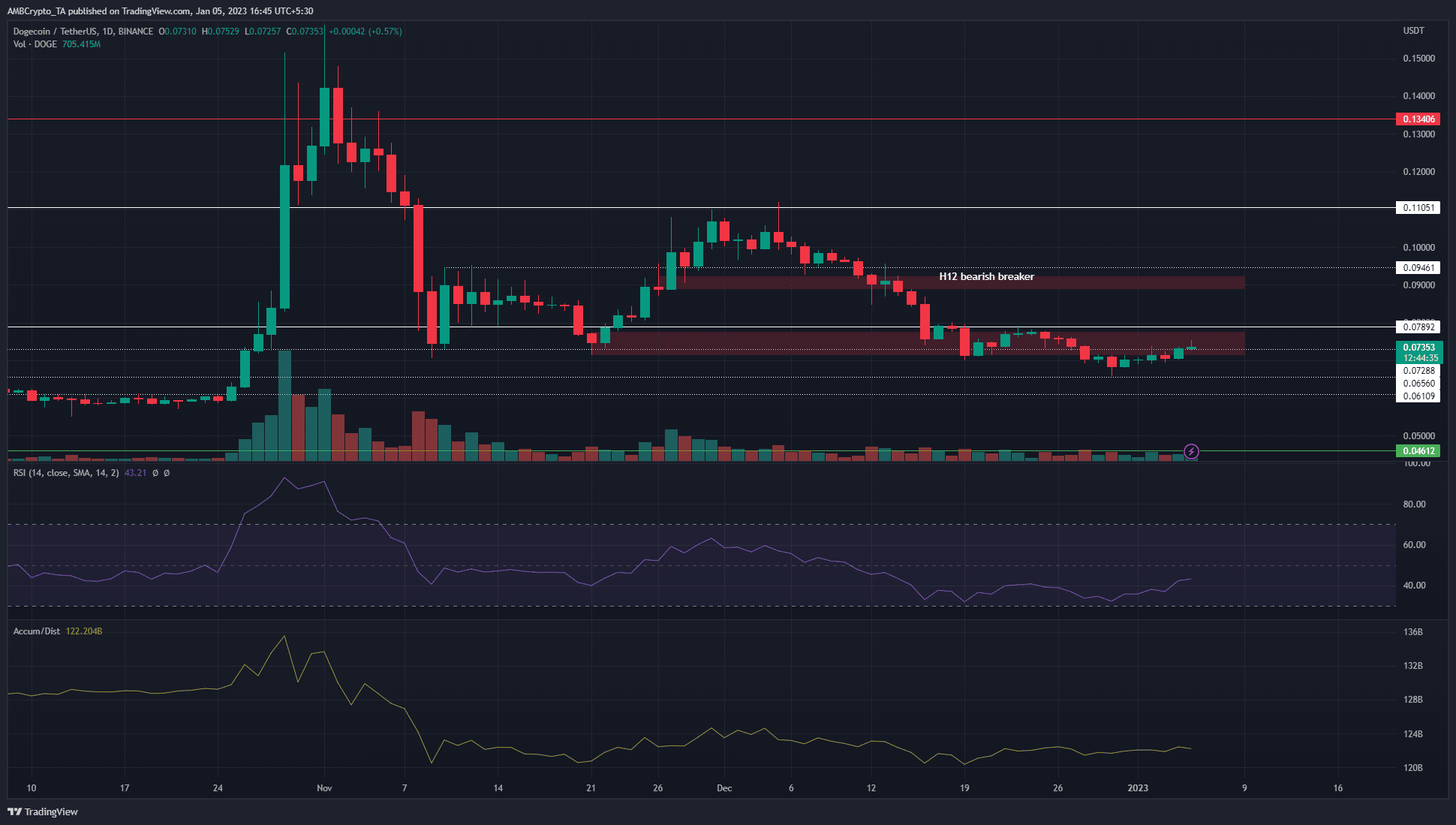 The lower red box on the price chart highlighted a bullish order block which was tested in mid-December. The $0.078 level was flipped to resistance, and DOGE bulls have been weak in the past three weeks.

The session close beneath $0.071 meant that this bullish order block had been flipped to a bearish breaker. The market structure was also bearishly biased and would only be flipped on a move back above $0.0789.

Another interesting factor to consider was that there was a significantly lower timeframe consolidation right beneath the aforementioned resistance level at $0.0789. Therefore it was likely that a move to the $0.077-$0.079 area would offer a low-risk, high-reward shorting opportunity.

How many DOGEs can you get for $1?

The A/D indicator has made higher lows since 19 December, which showed some buying pressure in the market. Yet, no new highs were formed, and buyers were weak. The RSI was below neutral 50 to show that momentum was persistently bearish since the first week of December.

Spot CVD on the rise alongside Open Interest- does this mean bulls have a chance of a breakout? 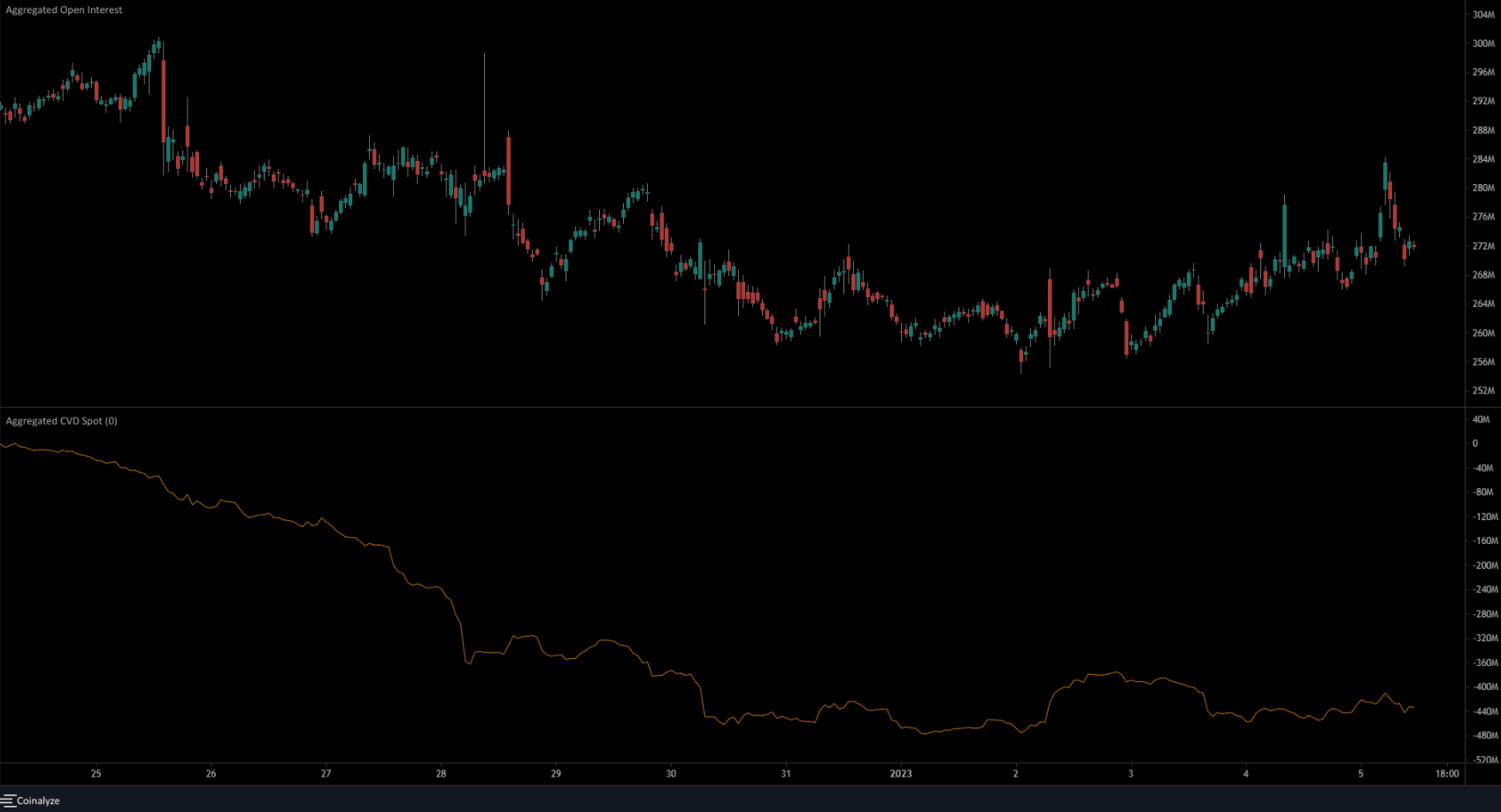 Coinalyze data showed that Cumulative Volume Delta has been on the rise since 1 January. While it is only a few days, it was something for optimistic bulls to cling on to. The slowly rising prices also ushered in an increase in Open Interest and showed capital entering the market.

The funding rate was also positive in recent days to highlight some bullish sentiment on the lower timeframes. Yet, the bulls have not initiated a rally on the higher timeframes yet.

Short sellers could reap profits if Dogecoin continued on its bearish trajectory. The price action and technical indicators signaled more losses could occur, and bulls can wait to see a move past $0.08 before they look to bid.